Informal markets arise on the fault lines inscribed by global alliances of money and power: wars and humanitarian crises, national and infrastructural borders, the worldwide trade in waste and the marginal spaces of urban transformation. They act as globalization’s safety valve while also providing livelihoods for millions of people trading in the streets of cities around the world. As part of the Informal Market Worlds Atlas, the project explores the large informal market Crv Pazar in the city center of Skopje, Macedonia. The long lasting and yet ephemeral presence of the market interferes with large-scale urban development projects.

In Skopje there is a saying that “in the Crv Pazar, ‘nema sto nema’” – which means “there is nothing you can think of that you will not find in Crv market”. Goods for sale range from used computers to fashionable high heels, new bicycle tires, fresh vegetables, industrial potato peelers, antique furniture and live worms – usually at prices less than 50 percent of what they would be elsewhere. The worms, which gave the market its name and all of the other goods are sold from the trunk of cars, on shaky folding tables or directly on the dusty, sometimes muddy ground. Between these improvised stands mobile vendors offer grilled meat and cool drinks from their pushcarts.

Crv Pazar is situated below the fortress hill Kale, only 500 meters distant from the new enormous bronze-statue of Alexander the Great on the central square Plostad Makedonija. It stretches out for approximately one kilometer along the northern bank of the river Vardar, which crosses the city, forming a geographical and historical dividing line.

The market has become an important trading place especially amongst unemployed and retired (at the worst making a living from around 100 Euro pension a month) from all ethnic groups. Due to its central position in the city the market is easy to reach by foot or bicycle from Albanian and Macedonian as well as Roma neighborhoods. 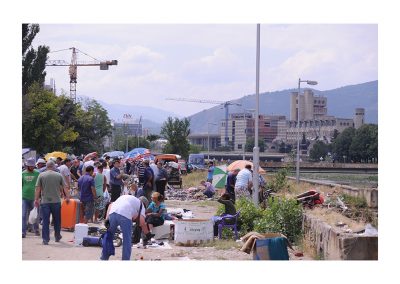 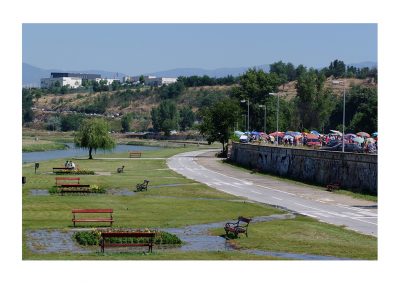 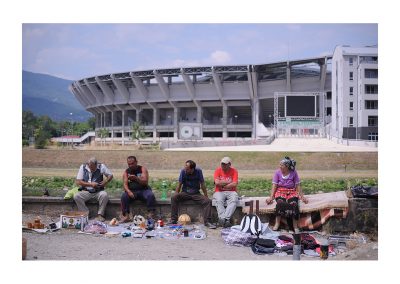 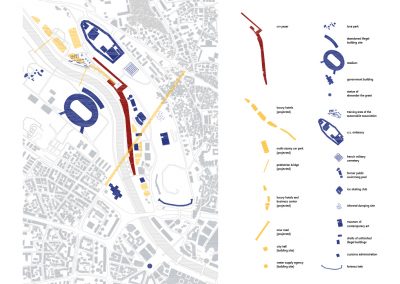 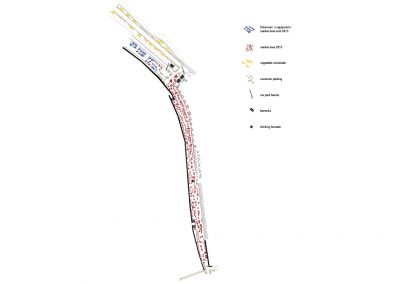 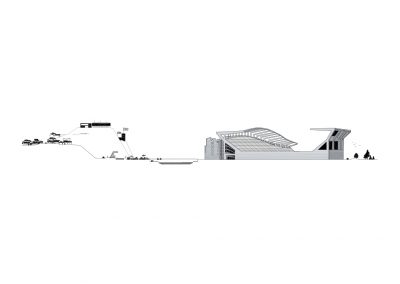 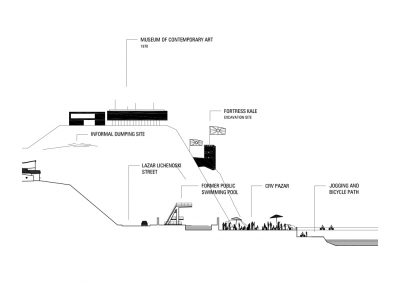 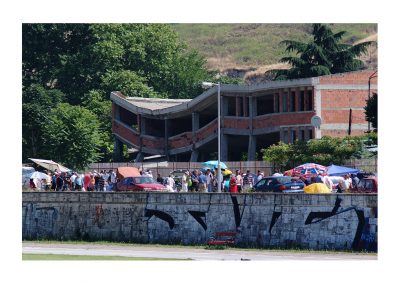 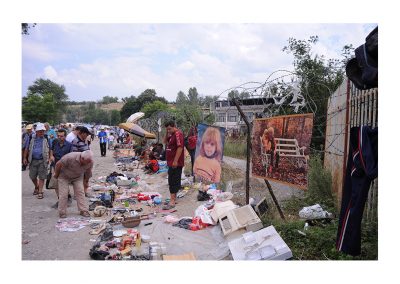 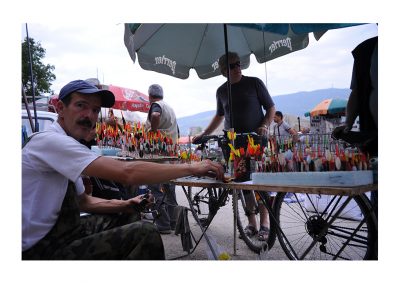 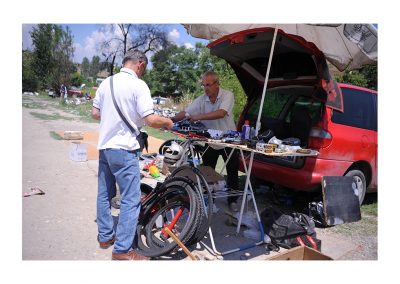 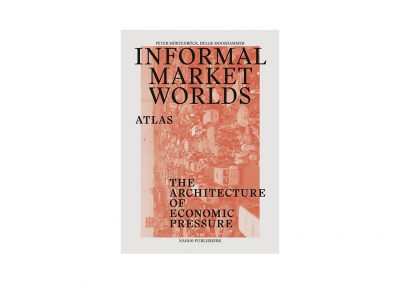