PRE/FABRIC.
The Growing Houses
of Skopje

PRE/FABRIC. The Growing Houses of Skopje

On July 26, 1963, at the height of the Cold War, a cataclysmic earthquake destroyed large areas of the city of Skopje. This natural disaster resulted in a wave of international solidarity and led to a joint humanitarian project that united worlds that were ideologically poles apart. The acute aid provided in parallel by the East and West and the subsequent rebuilding of the city pursued a social utopian model of a place of active solidarity, an “open city.” The erection of prefabricated houses provided a number of countries with an opportunity to contribute visible and clearly identifiable reconstruction aid. Over the last 50 years the imported houses from Finland, Mexico or the USA have steadily transformed and grown; today they are completely integrated in the city´s urban fabric. PRE/FABRIC undertakes a search for traces in the biography of these houses and their use.

The partial or total destruction of up to 80% of the built structures suddenly made 150,000 inhabitants – three quarters of the population – homeless. The provision of housing space became the most urgent task: The planning of 17 new settlements on the fringes of the destroyed city began at the same time as the demolition work and rubble clearance. The goal of this first reconstruction phase was to ensure that a large proportion of the population would have a fixed abode by winter.

The settlements were to consist of prefabricated, mostly single-story houses; the first deliveries of prefabricated elements arrived in Skopje only ten days after the earthquake. Three months later, the construction work in the “montazni naselbi” (montage settlements) was fully underway and 10,000 dwelling units were handed over in December. By the end of 1964, a total of 14,068 dwelling units had been built that provided around 70,000 people with a new home.

The construction of prefabricated houses, several of which were even furnished, offered a number of countries an opportunity to provide reconstruction aid in a clearly visible and identifiable way. While most of the houses were produced in Yugoslavia, the roughly 2.500 houses that were sent from other countries – 914 of them as gifts – have been inscribed in the city’s collective consciousness.

The architectural import of these prefabricated houses has lastingly shaped the face of the city. After being inhabited for more than 50 years and despite undergoing repeated extensions and transformations, the basic structure of the settlements and the elements of the architecture from Finland, Mexico, or the USA still remain visible. The growing, prefabricated houses of Skopje have become the dense fabric of the city.

PRE/FABRIC undertakes a search for traces in this little researched chapter of the history of the Macedonian capital. Using six houses as examples, the biography of their construction and the residents’ experiences of their housing are looked at. It is the residents of the reconstructed city who, through the way in which they have used these buildings over the years and have optimally adapted the building fabric to meet very personal needs, question modernism’s optimistic belief in industrial production and the possibilities of prefabrication. The documentation and analysis of the domestic landscapes that developed through interventions, adaptations and extensions reveal these questions. 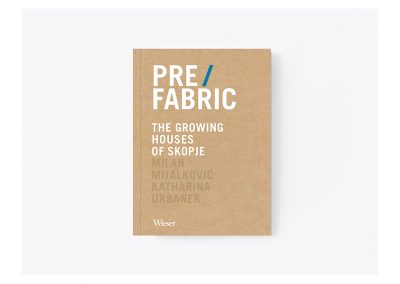 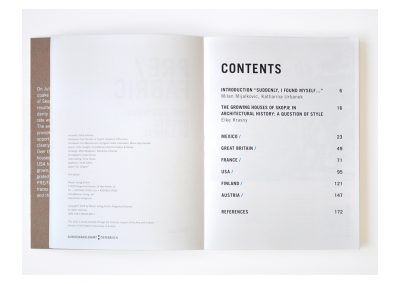 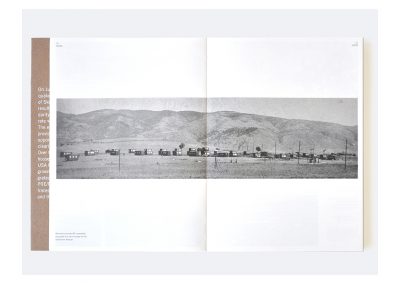 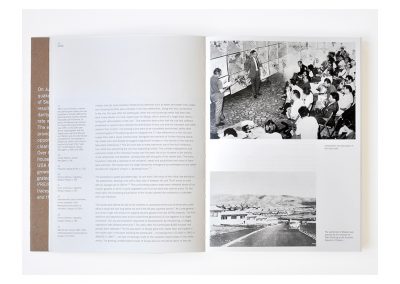 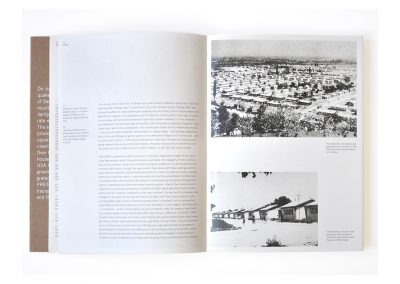 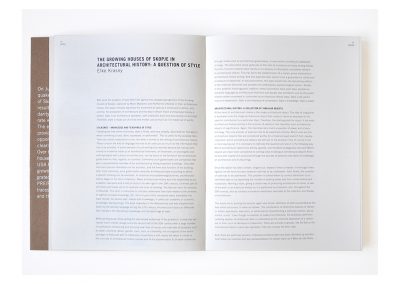 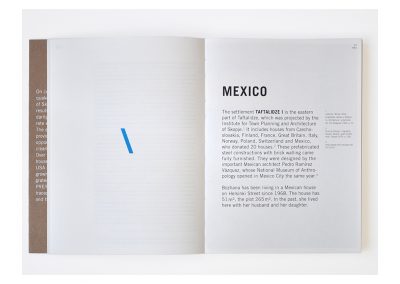 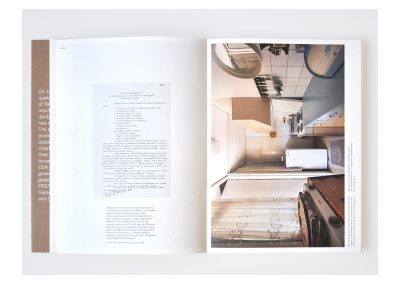 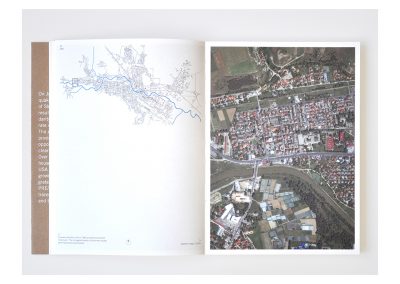 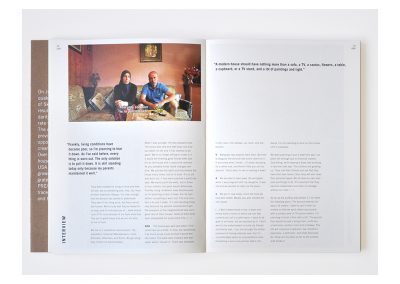 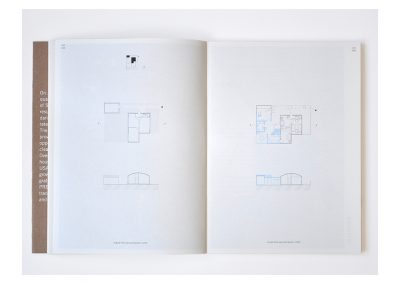 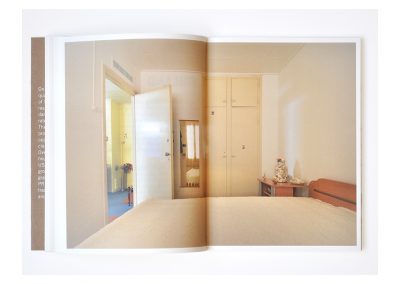 The exhibition PRE/FABRIC. The Growing Houses of Skopje is conceived as travelling exhibition, whose first stop was the Museum of Contemporary Art Skopje. Gathering content in different media and of varying grades of abstraction, the show provides a reflective encounter with the everyday architecture of post-earthquake Skopje: Informative texts, archive material and plans of the portrayed houses are shown on working tables. Photographs that are mounted on the tables give a straight insight into the domestic spaces, its atmospheres, textures and traces of use. The clear space defined by the working tables is complemented by a landscape of piles which is made up of the prefabricated elements of one whole house ordered by type. Six screens in a row show video interviews with inhabitants and give a sense of both the individual and the universal dimension of living in a prefabricted house. A subtle soundscape emanating from original film footage from 1963/64 informs the entire museum space.

After their journey the prefabricated elements – which are also used as table boards – are given to the local artists collective SEE to be re-assambled to a workshop and exhibition space. 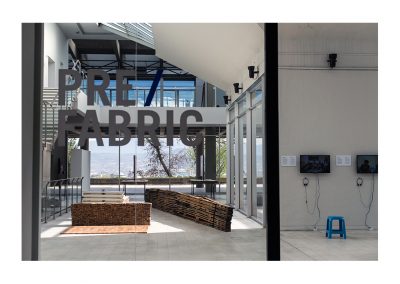 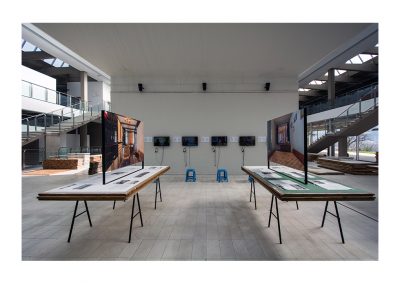 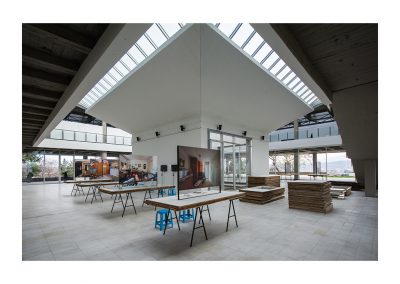 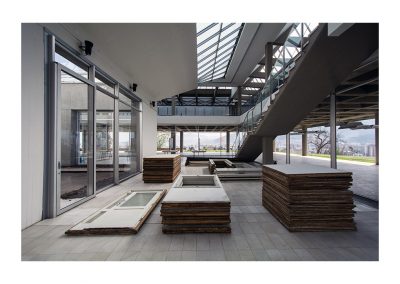 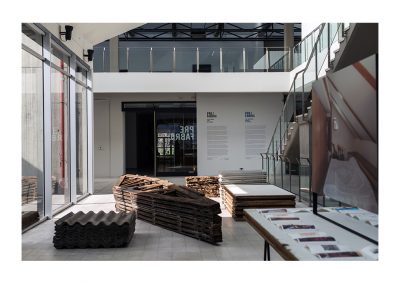 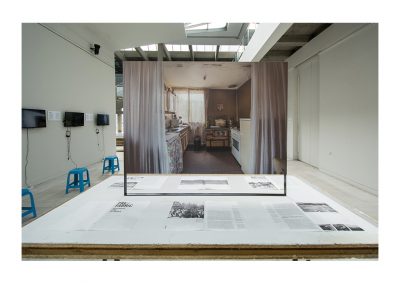 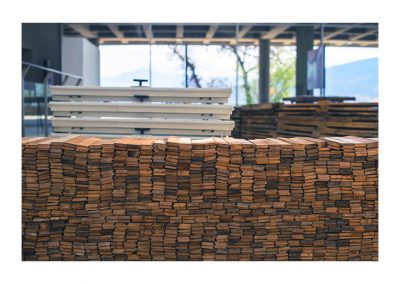 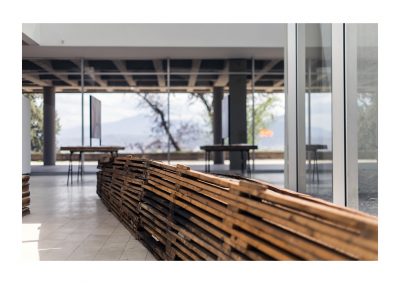 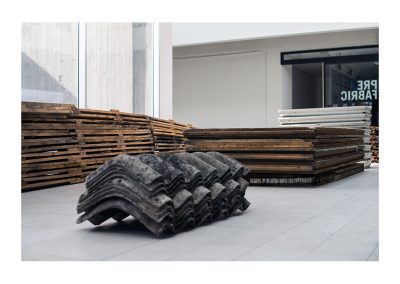 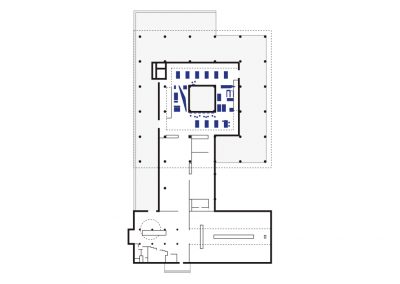 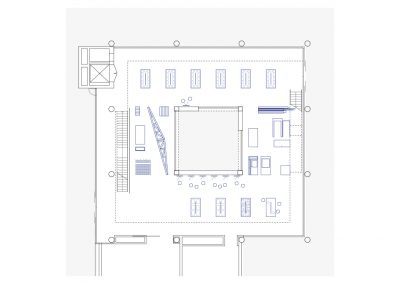