Oed, a large socially mixed neighborhood in the south-west of Linz, is characterized by islands of subsidized housing of the last 50 years. The project understands the area as a network of manifold collectives, overlapping and interfering on both their territories and characteristics. It aims at identifying, strengthening and connecting these collectives through participative processes and spatial interventions. The interventions – from the size of a parking lot to the size of a square – identify and expose existing structural elements both built and landscaped, make use of their spatial qualities, and re-interpret and enrich them programmatically.

The core of the project is the central Union Square, where borders of the various island territories of Oed meet. The rectangular space of the square is on two sides defined by existing façades while the new structure of the Three Houses forms their opposite. The square represents itself as a slightly elevated, even and paved plain that is enriched by a scenery of few recurring elements – both previously existing and newly implemented. A relevant part of car traffic detours before entering the square, while the remaining traffic crosses the square at a slow pace.

The Three Houses don´t favor a certain orientation but treat all directions in the same way, thus underlining their connective role. Their irregularly shaped base buildings house a supermarket, an extension of the existing health center and smaller units for retail and gastronomy. Above the base buildings, 4 to 6 storeys of innovative housing address underrepresented user groups in the Oed neighborhood. Each level works as a large cluster apartment, encouraging living together in different constellations.

The Starter Tower marks the entrance to the neighborhood of Oed and its new center. It acts as a sign using strategies of height, light, transparency and visual attractors. 55 starter apartments offer medium-term dwelling for young adults that combines: closeness of existing networks and living in a new community, an urban typology and green surroundings, compact living and a look-out, intelligent furnishing and space to adopt.

From the tower, a broad alley with splendid vegetation (Europastraße) leads to the center. The existing parallel dam structure is carved into single elements, providing new crossings and views. It is complemented with the new Dam Sheds, that combine parking with workshops, terraces, and sports facilities. This theme is also repeated in several small scale interventions: existing but neglected communal terraces are upgraded to bicycle garages, and additional car parking overlays the existing program of a skate park. 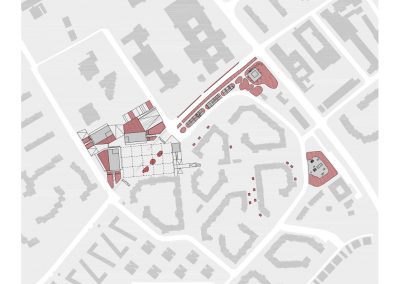 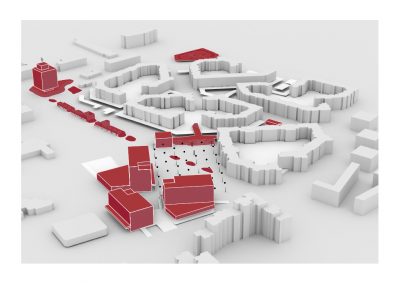 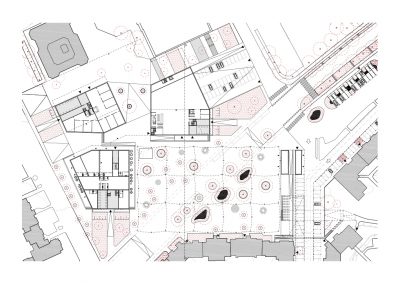 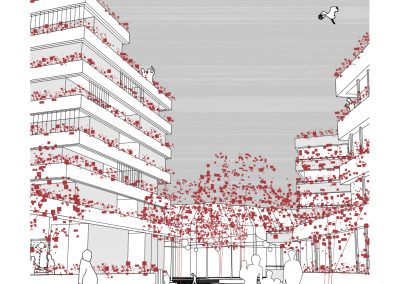 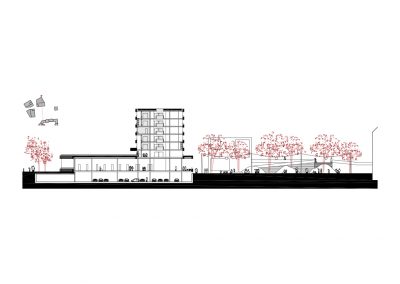 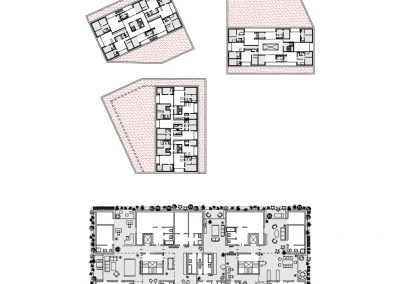 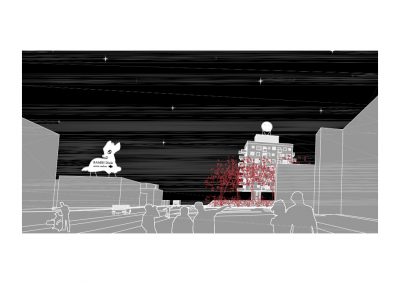 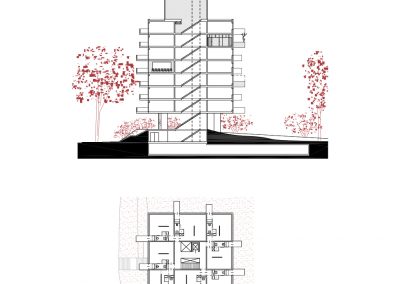 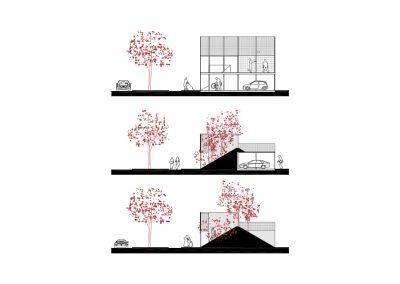 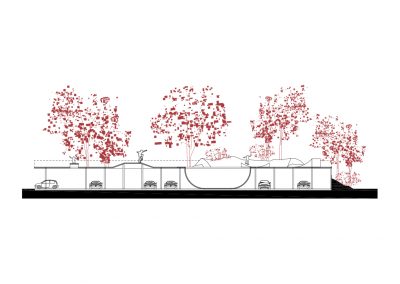